China's Hubei, once hit hard by the COVID-19, has now fully recovered from the pandemic. Follow the rhythms of four seasons in Hubei and take a glimpse of the magnificent scenery. #iGS520​#iGS10S​#iGPSPORT​ Welcome to follow us. Facebook: https://www.facebook.com/iGPSPORT.Off...​ Instagram: https://www.instagram.com/igpsport.ch...​ YouTube: https://www.youtube.com/c/igpsport​#Cycling​#Bike​#Roadcycling​#Training​#Bikecomputer​#Bikelife​#WorldBicycleDay
241

Recommend Hubei, China to the world

China's Hubei, once hit hard by the COVID-19, has now fully recovered from the pandemic. Follow the rhythms of four seasons in Hubei and take a glimpse of the magnificent scenery. #iGS520​#iGS10S​#iGPSPORT​ Welcome to follow us. Facebook: https://www.facebook.com/iGPSPORT.Off...​ Instagram: https://www.instagram.com/igpsport.ch...​ YouTube: https://www.youtube.com/c/igpsport​#Cycling​#Bike​#Roadcycling​#Training​#Bikecomputer​#Bikelife​#WorldBicycleDay
253 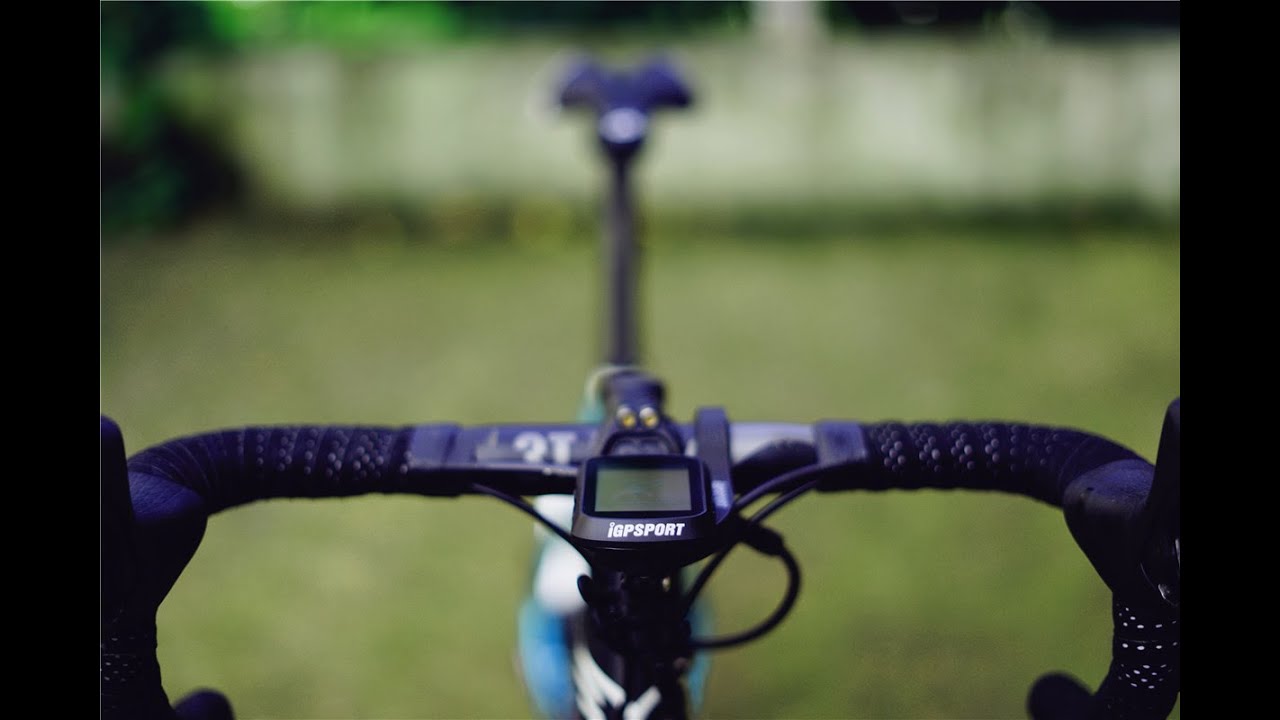 Dear Valued Client, New firmware V1.10 had been released for iGS520. It is NECESSARY to backup data before the upgrading, as all the data will be deleted while upgrading. Steps for upgrading firmware : 1. Backup data to a computer for iGS520. More steps can be found at the article: https://support.igpsport.com/hc/en-001/articles/900004921906-Backup-data-to-a-computer-for-iGS520 2. Open iGPSPORT APP to upgrade firmware. Video guide for upgrade : Instructions for Firmware V1.10
1,930 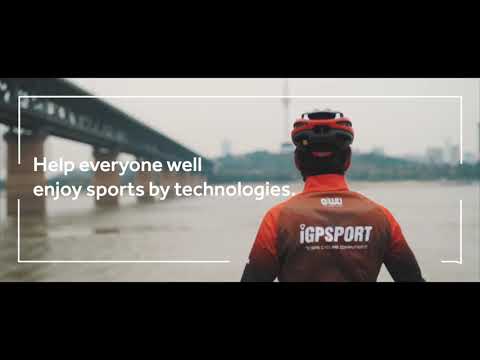 Founded in 2012, iGPSPORT owns a group of engineers who love sports and life. Because of their passion, they hope to apply their electronic technology, software technology, Internet technology, and other innovative technologies in the digital age to sports. They believe sports should be part of everyone's life and everyone should enjoy the happiness and health brought by science and technology to sports. #iGS520 #iGS10S #iGPSPORT Welcome to follow us. Facebook: https://www.fa
444 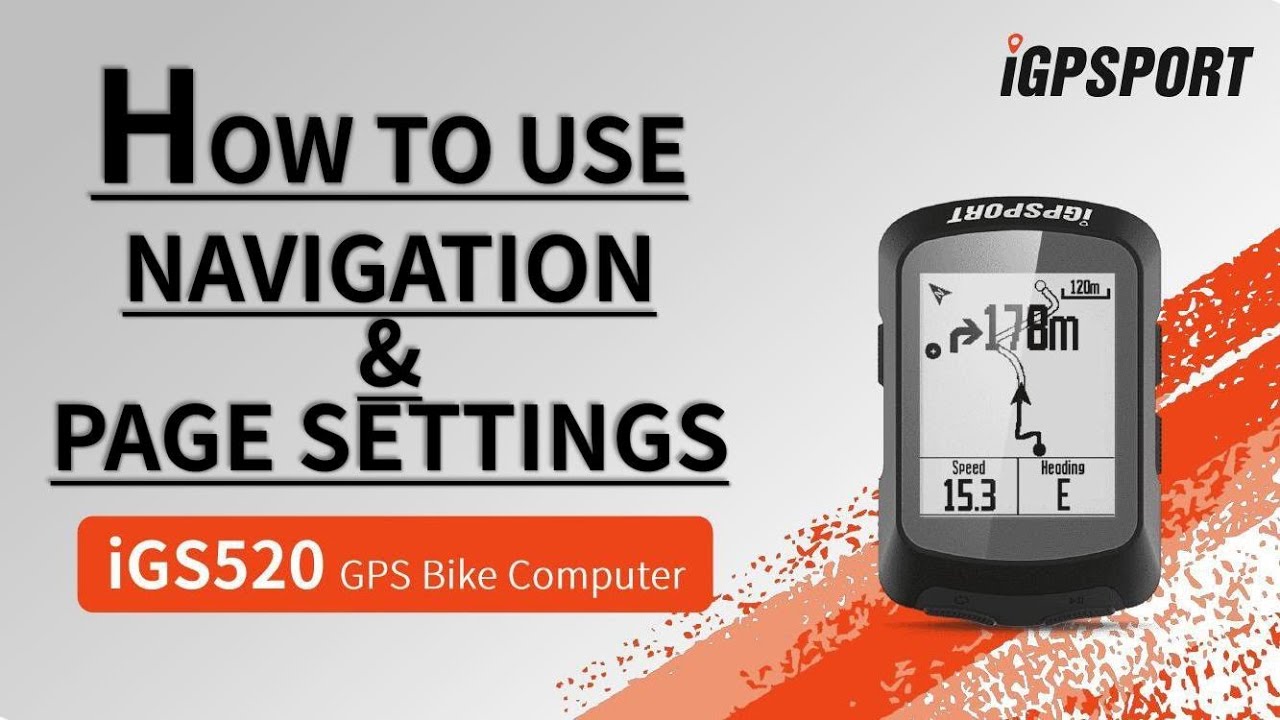 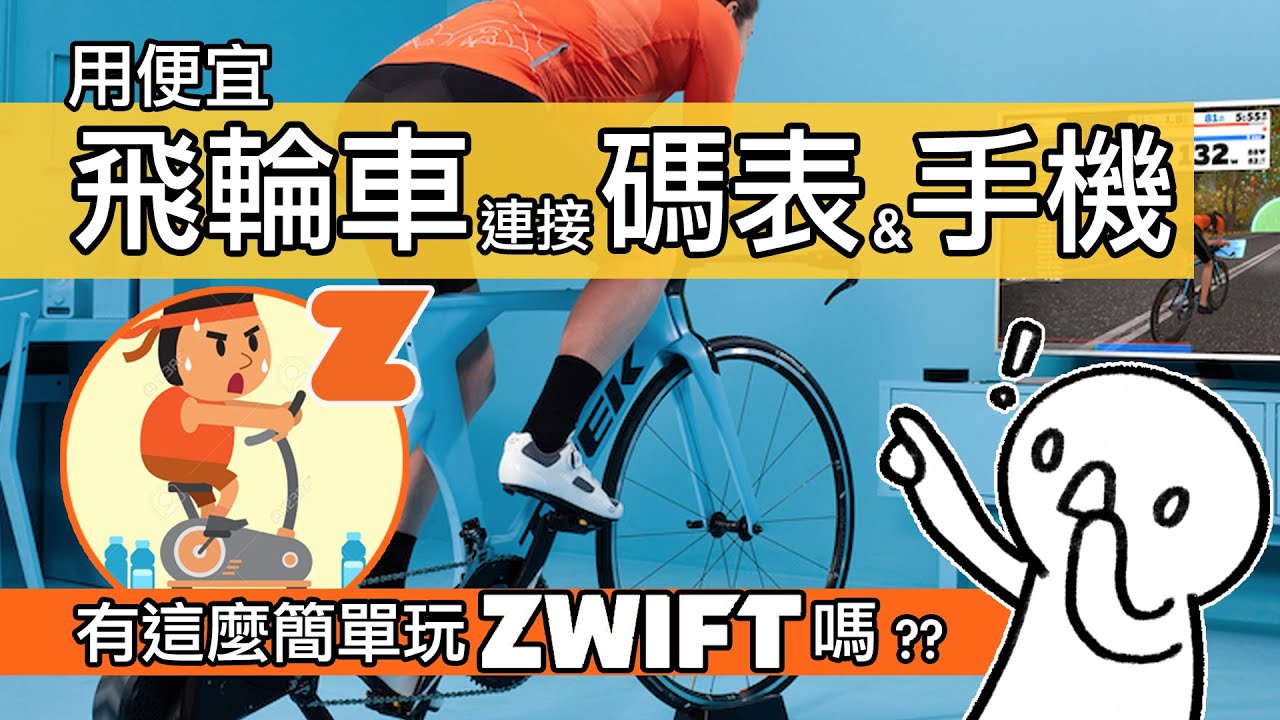 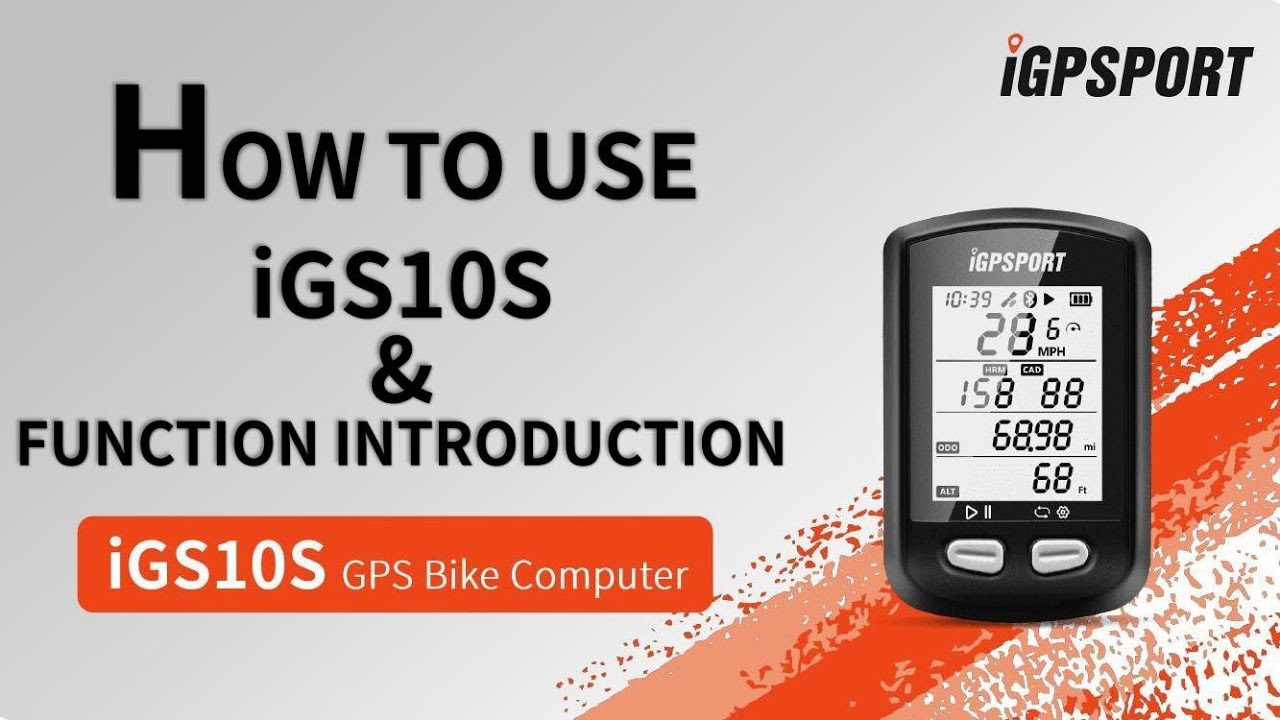 iGPSPORT｜We are iGPSPORT and we are in Wuhan.

This is Wuhan, this is Wuhan where the epidemic has survived. We are in Wuhan, we fight the epidemic together! If you are experiencing it right now, please be sure to get through it! Usher in the dawn of victory. We are iGPSPORT and we are in Wuhan. #iGPSPORT #WUHAN #8thanniversary #iGPSPORT Welcome to follow us. iGPSPORT creates the finest GPS Cycling Computer and accessories in the world. Facebook: https://www.facebook.com/iGPSPORT.Official Instagram: https://www.instag
341

The 2020 season was a full-scale success for the iGPSPORT- team, and in this season, which was severely affected by the outbreak, the iGPSPORT- team did not officially start racing until the end of August, and in the short four months since the end of the year, the team has participated in 22 races, with only 32 race days, a total of 25 championships, 18 runners-up,10 runners-up, the first three stages 100%, fully achievethe team's goals at the beginning of the year, but also
654

Peter Sagan: Reports of my demise are greatly exaggerated

Peter Sagan is probably not one to paraphrase Mark Twain, but as more and more people suggest he is past his best and even perhaps contemplating retirement, he has shrugged off reports of his decline, with Cyclingnews understanding that he has plans to race until at least 2024. Sagan turns 31 in January and will start his 12th season in 2021 – and his fifth for Bora-Hansgrohe. Back in 2010, when Sagan was just 20 and in his first season at WorldTour level with Liquigas, he wo
584

Why don't you ride with others? 7 reasons to tell you the answer

The benefits of regular cycling are numerous. In addition to physical fitness, it is also beneficial to mental health. The benefits of riding are indeed the case. Unfortunately, some bad habits of the riders themselves can also affect this benefit, such as being unable to resist competing with others. If your starting point is benign and just use others as a benchmark and record your own progress, there is absolutely no problem. I'm afraid of being arrogant and wanting to sho
498

In the daily cycling process, it is inevitable to encounter rainy days. The slippery road surface, unclear sight and other reasons are bothering riders. Sum up 10 tips to let you ride in the rain without panic. 1. Buy a good waterproof jacket The most important clothing to resist rain is a jacket. A good waterproof jacket not only keeps your body dry, but also helps you regulate your body temperature. GORE-TEX fabric is the best because it is waterproof and breathable. Breath
679

Hello, Thank you for becoming our user! You always play an important role in our plan, and we hope that we can provide more functions and services to help you. As usual, we hope to provide the best user experience through continuous improvement programs. Every year, we will design an annual questionnaire to listen to your valuable opinions. The information you provide helps us continue to improve so that our products can better meet your specific interests and needs. Please c
725 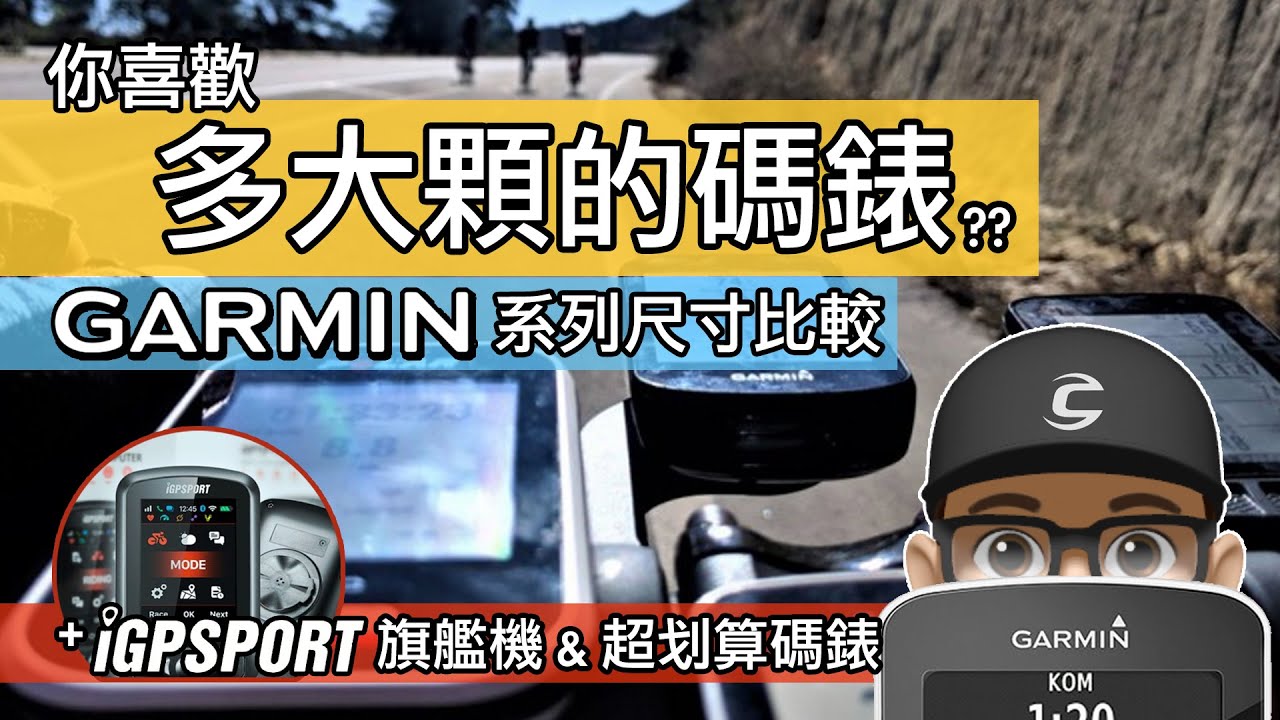 An update to the firmware update for iGS620 systems was released on October 28, 2020. You can use this to update your system software to ver
2,493

Ride for more｜Photography solicitation of iGPSPORT

Photography solicitation of iGPSPORT ( The great photos recorded your riding)
476

With your camera, what you are recording for? For the road For the landscape For the cloudy and rainy day For daily cycling For your GPS Bike Computer Or for your deep affection The event will be released next Monday. #8thanniversary#iGPSPORT Facebook: https://www.facebook.com/iGPSPORT.Official LinkedIn: https://www.linkedin.com/company/18125134/admin/ YouTube: https://www.youtube.com/channel/UCBvnWpMG_O1xf77y81zkPFA #Cycling #Bike #Roadcycling #Training #Bikecomputer #
291

How much does body fat rate affect athletic performance? 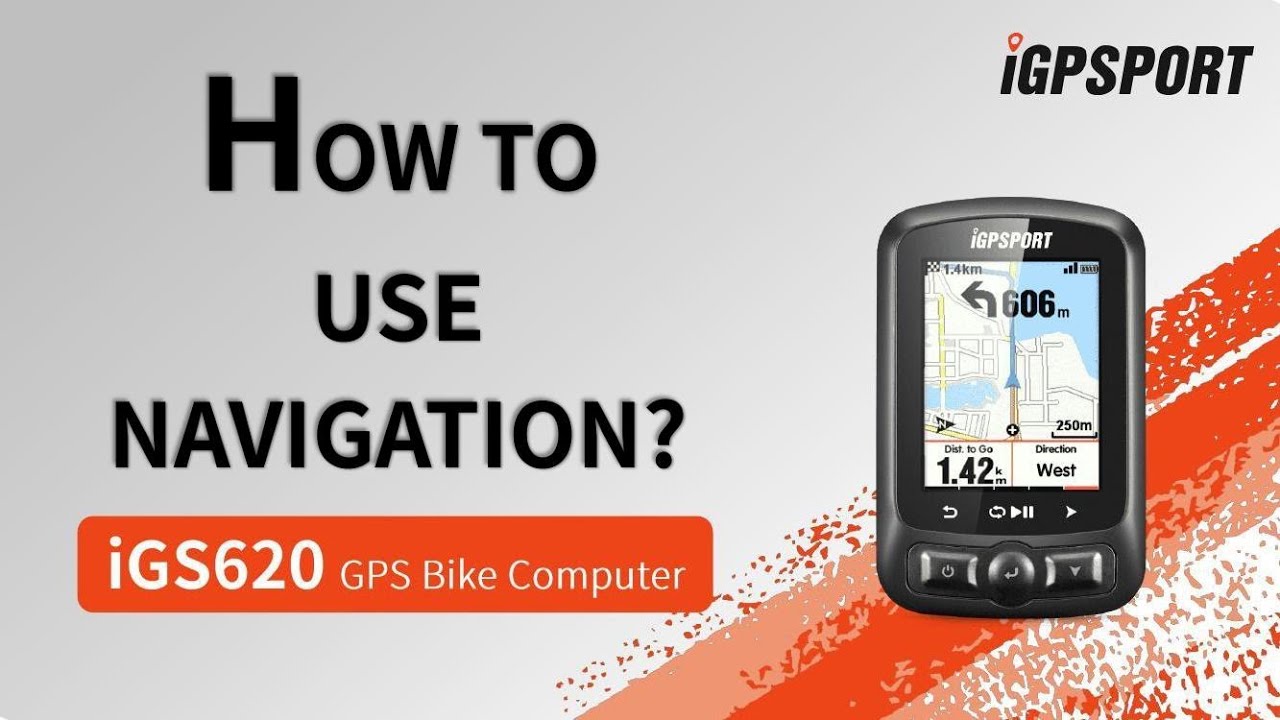 Video｜How to use navigation? (iGS620)